It's a lazy Saturday afternoon.  Yumiko is at ballet practice.  Ken is writing for the Japanese Newsletter and 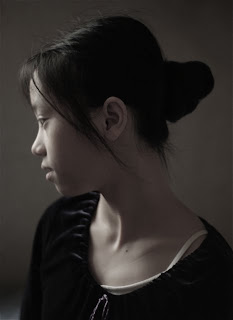 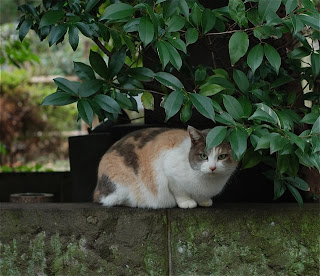 I am here at the computer looking at photos I took 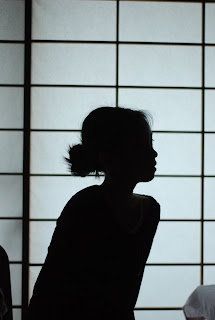 today for my class.  This week's assignment is Window Light.  I enlisted Yumiko again and she sat for me.  Afterwards I took a walk in the rain and found a few beautiful stray cats who also agreed to have their pictures taken.  Here's what I got. 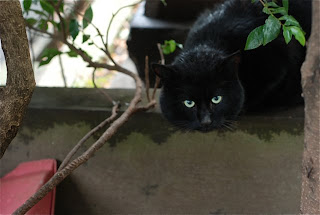 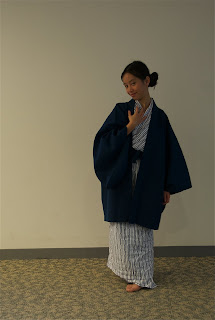 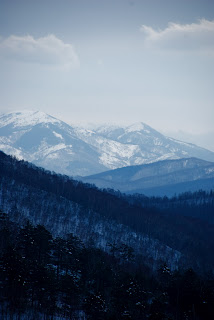 It's Wednesday morning here in Tokyo.  Ken, Yumiko and I just got back last night from a three day adventure at a ski lodge in the Shirane Mountains in northern Japan.  Yumiko spent the better part of all three days learning how to ski.  I took a million not so hot photographs of the mountains and Yumiko in her Yukata and read "The War Within" by Bob Woodward. Ken studied Chinese language, read his own Japanese books, and made sure all of us were happy and content.  We had loads of fun in the hot spring each morning and evening.  It is such a wonderful experience.  And for me, who has NEVER been comfortable in the buff, it is something else.  On Monday evening after dinner, we all headed to the public bath.  Ken went into the men's part and Yumiko and I into the women's.  All clothes off, then to the washing area to do a thorough cleansing and then into the bath.  It was an exquisitely beautiful setting with the snow capped mountains outside the large picture window lit up by the moon and stars and steamy blue inside.  A group of about eight other women bathers were there with us.  After a little while, Yumiko and I ventured outside (still in the buff!) where it was at least 10 degrees below freezing, but we made it the short distance to the outside bath and dipped into the hot, hot pool.  The stars were out and I again had to pinch myself to believe what an experience this year in Japan has been.
Posted by Kitty Riley Kono at 6:56 PM No comments:

It's Saturday night about 10:30 and I should be hitting the sack as the three of us Kono's will be off tomorrow at 5:30 a.m. for a three day skiing trip somewhere in the middle of Japan.  Today we had a wonderful guest from the U.S. of A. - Adrian Rodzianko.  Adrian is the nephew of my sister-in-law Anna Rodzianko.  He is stationed on the air craft carrier - The U.S. George Washington.  He is a delightful young man who loves the opera as well as Bruce Springstein.  We had a fun day having lunch in a soba restaurant just off of Omote Sando, then home for tea and cookies, walk to the Meiji Shrine, and then back home for a dinner of sun dried fish, miso soup, sesame spinach, and Yumiko's wonderful chocolate for dessert all being prepared during the sumo wrestling match.  I'll be back to blog after we return on Wednesday.
Posted by Kitty Riley Kono at 8:31 AM 1 comment: 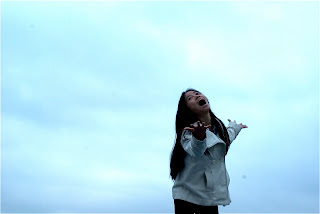 It's Friday evening after dinner.  We are all back home watching Larry King Live with Maureen Dowd, Paul Begala and DeDe Myers talking about Obama's inauguration and his first two days in office.
Took photos today in Arisugawa Park and then later in the day on the roof of our building.  My assignment this week is to do "back lighting".  I enlisted Yumiko to be my model.  She was not too happy about it, but she complied.
Posted by Kitty Riley Kono at 6:32 AM No comments:

O.K. boys and girls.  This is my first blog entry.  I am sitting here in our little apartment in Tokyo.  It is now 7:05 a.m.  It is Friday morning, January 23 and we will all be having a little breakfast in about five minutes.  Then Yumiko and I will walk the two miles to her school and I will go take a few photographs.  Ken is pouring the Japanese version of corn flakes into his bowl and wishing I would get a move on and stop playing with this computer so early in the morning.  I will write again later today once the coffee has kicked in.
Posted by Kitty Riley Kono at 5:04 PM 1 comment: