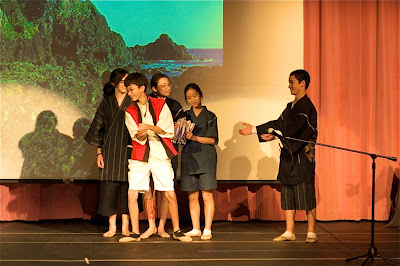 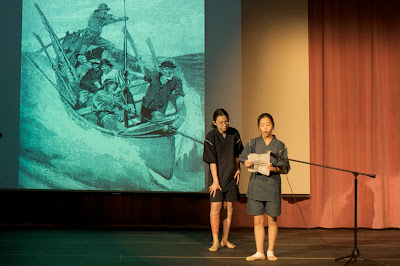 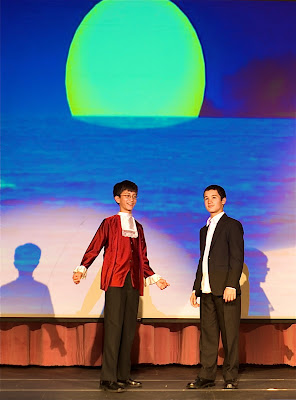 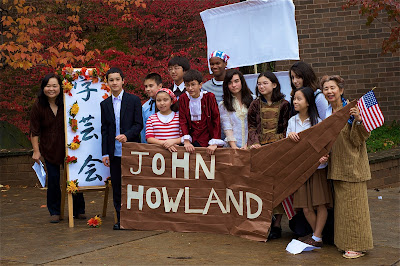 Today was the Japanese School Play. That means every class of the 16 different classes at Yumiko's Japanese school puts on a 15 to 20 minute play - one after another. Yumiko's class was the 15th. I sat through every one from Kindergarden 1 to Adult 3 and am still alive. Actually it was loads of fun and all the kids were FABULOUS. Here are a few shots from Yumiko's play - Manjiro - About a Japanese boy who was blown out to sea in a fishing boat in 1840 and rescued by the an American whaling ship (called The John Howland). Manjiro was taken to the United States and given a good education before returning to Japan. Yumiko was one of Manjiro's teachers. Here are a few photos from the play.
Posted by Kitty Riley Kono at 11:42 PM