Our Night with Rachmaninoff 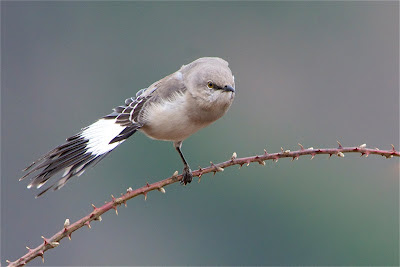 Ever since I met Ken almost twenty years ago, he has dragged me off to see the Philadelphia Orchestra every other month or so. I am a Bruce Springsteen/Bette Midler fan, but I have tried my best to appreciate the magnificence of classical music. To tell you the truth, as soon as we sit down in the beautiful Kimmel Center (and before that - the beautiful Academy of Music) I fall fast asleep. I try, try, try to keep awake, but the music just lulls me into total oblivion. My head droops and jerks awake and I am a total embarrassment to the Kono family. Last night was our turn again and a young Russian genius named Nikolai Lugansky was performing Rachmaninoff's Piano Concerto No. 2 in C Minor. But this little story is not so much about Rachmaninoff, but rather our journey there and back.
We almost always go out for dinner to the same little wonderful Italian restaurant called Portofino's which is pretty close to the Kimmel Center. The dinner is Ken's way of luring me and Yumiko to the orchestra. When I called to make reservations I found that Portofino had recently closed and opened again into a new restaurant that was totally booked. So.... what to do. As most of you know, Ken has Parkinson's Disease and he has great difficulty walking. He can do everything else, but walking is too hard. So wherever we go, we need to figure out the parking situation and the walking distance or else it is no fun.
We decided to go to a nice little Mexican restaurant here in Wayne and then drive down to the City and park in a parking lot just a few blocks before the Kimmel Center. I wanted to drop Ken and Yumiko off at the front entrance of the Kimmel, but Ken said no, it would be quicker if I just dropped him and Yumiko off at the front entrance of the parking lot and Yumiko could then push him in his walker to the Kimmel. I said O.K. with a little trepidation as she is a little girl to push that man, but he insisted. We got to the entrance of the parking lot. I put the blinkers on and we hauled the walker out of the trunk. Ken sat down on the little seat and Yumiko began pushing him the three blocks to the Kimmel. (As an aside this is a walker, not a wheel chair, but we were taking the easy way out.) It took a little time to get the car parked as the parking lot was almost full, but finally I found a space and walked the four flights down the stairs and onto Broad Street. I walked about one block when I saw a crowd and Ken and Yumiko in the midst of it. Another man was holding on to the walker and Ken and Yumiko looked a little shook up.
What had happened was this - Yumiko had maneuvered Ken through the first big intersection, but going through a second smaller intersection, the front wheels of the walker got stuck. Now, you have to picture how this is going. Ken is seated on the walker facing Yumiko. Yumiko has her hands gripped on the handles of the walker and is pushing Ken forward while he is facing backwards. When the wheels got stuck, Yumiko put all of her 86 pounds into trying to force the walker over the bump. The walker began to tip forward and Yumiko is now using all of her 86 pounds to try to keep the walker and Ken from tipping completely over onto the sidewalk. She said she thought she had succeeded, but then it reached its tipping point. Ken said he saw the lights and the tops of the buildings as he went down slowly backwards and then a whole lot of people looking down on him asking if he was alright. Then a nice man and his wife and Yumiko helped Ken up and he sat back in the walker. Yumiko is now worried to death about Ken hitting his head and everybody is in a bluster. Then I show up when it's all over and say "Hey, Everybody O.K.?" The nice man says everybody is O.K. and the three of us continue the last two blocks to the Kimmel. Luckily, Yumiko's 86 pounds and a lot of adrenaline eliminated anything that might have happened. Ken was fine - just a bit unnerved.
So, we get to the Kimmel and we go up in the elevator to the third floor and get to our seats. And Mr. Lugansky performs the most magnificent Rachmaninoff ever and I fall sound asleep (for just a little while.) And then it is all over and we head back to the elevator to go down to the street level. Ken is in the walker and I am pushing. We get to the elevator and push the button. The elevator takes for ever, but it finally opens and it is completely full. So we smile at the crowd and let the doors close and wait for the next elevator. Again, it takes for ever, but finally opens and again it is completely full. We smile again and the doors close. This happens FIVE times - the latter three without the smile. We don't know where the heck all the people are coming from, but the elevator is full every time. Finally Ken gets more than a little annoyed and calls over a Kimmel Center guard who takes us to a far elevator and holds the door open for us and we enter in and finally get down to the ground level.
Yumiko, Ken and I get back to the parking lot with no problem, get into our little car and head back home with our little cat Toto waiting for us at the door. All is still good with the world.
Posted by Kitty Riley Kono at 9:42 AM