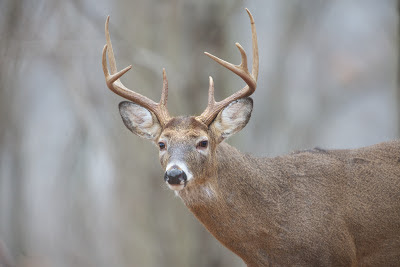 My friend Maryann warned me about getting too close to the deer in case one decided I was too much of a pest and might come after me.  Well yesterday as I was looking for my little forest friends I spotted an eight point buck resting in the middle of the woods.  I took my time and started talking to him, telling him what a handsome boy he was and taking his photograph.  He was fine and just looked a little bored and I think he wished I would just shut up.  Then he started rubbing his back legs together - not sure what that meant, but it did scare me a little.  I kept my cool and continued to photograph when he put his head down and sort of looked at me like I might be a potential girl friend. 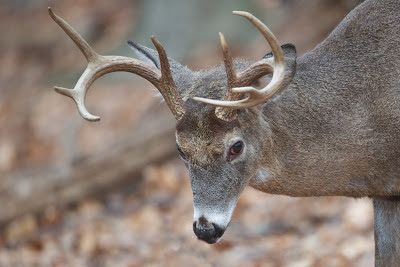 Then he did a little hop over the fallen branches and started coming towards me with the same glint still in his eye.  He got so close I couldn't get all of him in the viewfinder and I thought just maybe I ought to back up a little. 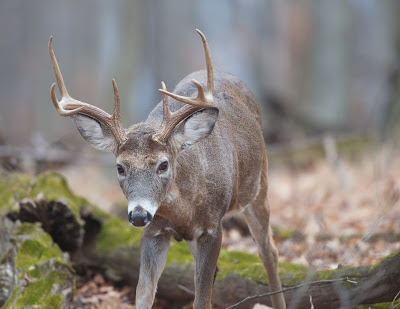 Then while I was backing up, this pretty little doe appeared and thought I was a new friend.  She nosed right up to me and I could practically hold out my hand and pet her.  She did a few face ups in the air and then strolled off into the woods. 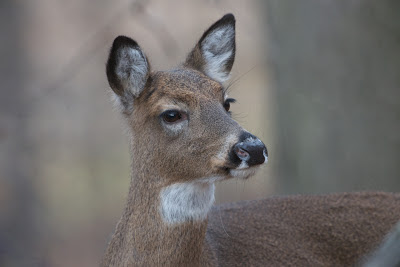 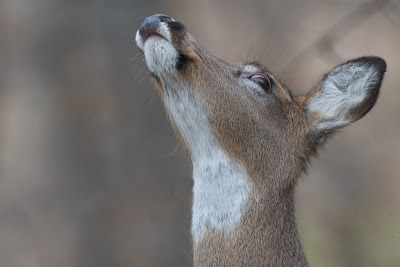 I continued to take pictures of the big boy as he finally went out into the field to have some lunch and hopefully get away from the strange lady with the camera.  Ahhh, another day at Valley Forge. 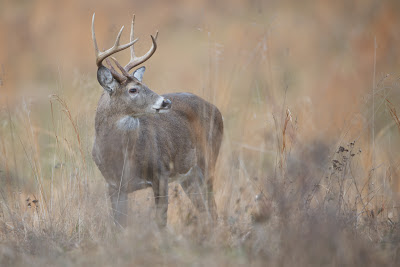 Posted by Kitty Riley Kono at 9:18 AM