It is Easter Weekend and Yumiko came home from New York to celebrate.  A few months ago we ordered a bench to be placed at Ken's grave site in Valley Forge.  It was recently installed and Yumiko, Barb Reid (Ken's first wife and dear friend) and I went to visit.  We planted three hyacinth - one from each of us.  And Yumiko brought three pennies and a dime to place on the bench because we think they are a sign from Ken.

It was a beautiful day and so many signs that Ken is home and happy.  One guilty pang I have had since I chose the grave site was that Ken told me (after it was chosen) he wanted to be in the sunshine and not in the shade.  There was a huge tree right next to our plot.  Today when we came we were so surprised to see that that tree had been cut down.  Ken, who loves all trees probably ordered that one to be taken out so he would have a little more sunshine.  (He always did get his way. ) Then as we were sitting on the bench I saw a man who resembled Ken on a bike riding through the grave yard.  It was so surprising and shocking to see - as Ken was such a biker.  The man got off his bike, took off his helmet, and walked right up to us but stopped short at another grave site.  I think he may have been visiting a relative of his.  The final sign was - while Yumiko, Barb and I were sitting on the bench a huge great horned owl flew right over our heads.  Although I see owls perched once in a while, never has one flown directly over our heads and so close! Oh that Ken.

Here are a few pictures from our visit.  Miss him so much. (Click on photos to get a better view of Ken's fan club.) 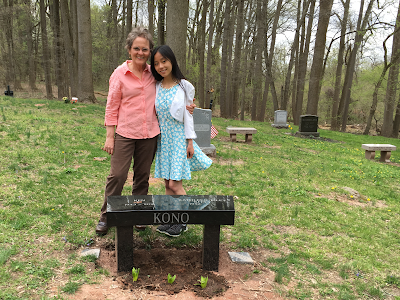 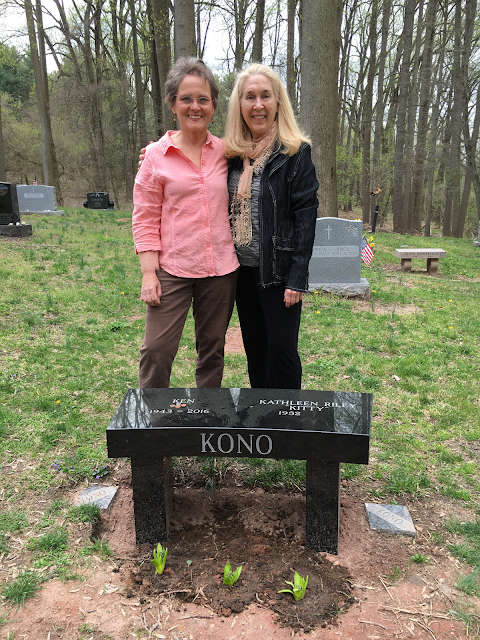 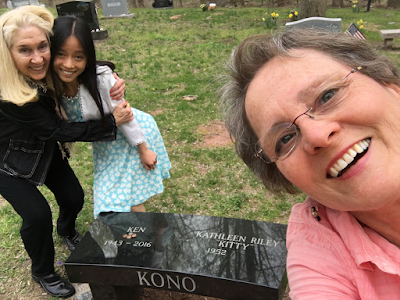 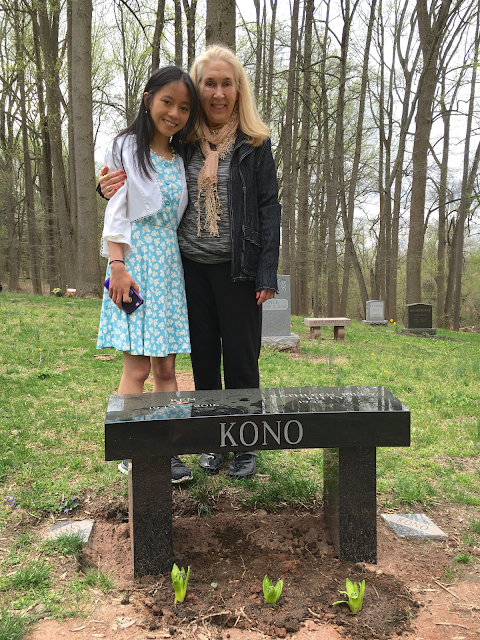 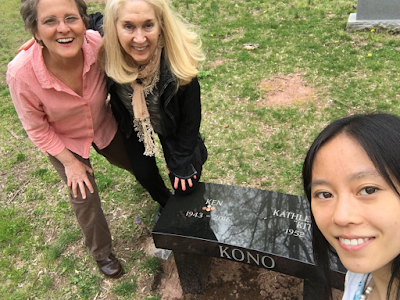