I hope I can write about this afternoon with the depth of feeling that is in my heart right now.  I had a wonderful morning outside at Eastern College.  It was a beautiful day - way too bright to take good photographs, but I still found a little secret place to stand in the middle of a little secret stream.  Had my boots on so my feet didn't get wet.  The vines that crawl up the trees were bearing beautiful little blue berries and the robins were having a field day trying to evade my camera all while eating the blue berries.  I took time out to call my wonderful friend Kathy while still standing in the stream on the lookout for a National Geographic moment.  Kathy is in the midst of a bump in the road with her love and we talked about unconditional love on the phone and she is filled with it and I think her love would like to be filled with it too, but he is too afraid to let her know and she is too afraid to let him know.  But that was this morning and I want to write about this afternoon.

I came home and Joy the wonderful but stern and many layered care giver was here with Ken.  She is the best for him because she is tart and smart and loves him and takes such good care of him.  She went home about 2:30 and Ken was not feeling very well.  As many of you know, Ken is in the late stages of Parkinson's Disease.  Which means he has real trouble talking, walking, moving, doing anything.  But thank the dearest Lord above he has not lost his wonderful brain.  And he has not lost his sense of humor or his drive to live and to love.

So, like we do many days, we played a game of scrabble.  Ken can sit up and can play very well.  He has trouble putting the letters on the board, but he always comes up with great words or double words or triple words.  I am no slouch myself and forever we have been great competitors.

Now many of you might not think playing a game of scrabble could make a great afternoon, but my friends, you have not lived until you have played a game of scrabble at 470 Glenmary Lane.  It was mid afternoon.  I put Pandora Radio on our sound system to the random setting - meaning that the songs that would play would be a mish mash of our favorite songs - from Beethovan's 5th to Tina Turner.  The music was better than ever.  I got the best letters and was making good words left and right.  I was winning by double digits, but then Ken took over and after about two hours, was beating the heck out of me.  Now during the game Ken had to get up with my help and stretch every half hour or so.  So I would stand up and reach my hands out and pull him up.  And then Smoky Robinson and the Miracles came on the radio and I told Ken he had to dance to the music for his stretch - and one great benefit of Parkinson's is that patients can't walk, can't talk, but they can dance.  So there we are - up from scrabble and dancing to Smoky Robinson.  And if you knew Ken Kono, you know he is not really a Smoky Robinson kind of guy, but he loves his little Kitty, so he danced - or swayed - to Smoky and we both laughed and swayed to the music and it was so so lovely.

Then we got back to the game.  Ken was still winning - but I was catching up.  The game was winding down.  Ken is winning by about 18 points.  But I have a few good letters left and score within 7 points.  Ken has two letters left and I have none left.  You have to take points off for letters left.  When he took his letters off, I won by two points.  Oh the joy of it all.

Doesn't seem like much, but an afternoon at home with the person you love more than anything in the world, with the best music in the world, and to beat Ken Kono at scrabble, life does not get better. 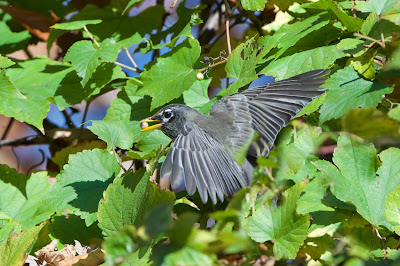