How You Know When You Really Love Someone

As many of you know, Ken went into the hospital on Saturday morning at 1:00 a.m.  He had not felt well all week and had a terrible cough.  We went to bed Friday night about 10:00 and at 1:00 in the morning his breathing was so bad I had to call 911.  The police and ambulance were here in seconds.  They whisked Ken up out of bed and on to a gurney and off to the emergency room at Bryn Mawr Hospital.  I quickly got dressed, packed up some needed stuff and got to the hospital myself about 15 minutes later.  When I got there, Ken was already in a room all hooked up to IV tubes and breathing systems and the nurses said it was a good decision to call 911.  We stayed in the emergency room until about 8:30 a.m. when he was finally admitted to the hospital.  I got home from the hospital about 1:00 in the afternoon and when I got home I decided to let friends and family know what was happening.

One person I e-mailed was Ken's chorus group leader who then forwarded my message on to all Ken's good friends in his chorus group.  I immediately got a call from one of the loveliest people on the face of this earth - Ayumi Green.  She asked when she could go and see Ken in the ICU.  I said it might be good to wait a little bit.  We said our good byes.  Then I went to the train station to pick up Yumiko who had just gotten home from college.  About an hour later Ken's cell phone rang and it was Ayumi calling.  I couldn't hear her voice very well.  It sounded like she was sobbing.  I was so alarmed, but she kept sobbing.  I was telling her to calm down.  Just take a deep breath.  She kept sobbing.  So I started sobbing and sort of silently screaming thinking the absolute worst.  Yumiko was right by my side and she started sobbing.  Finally after maybe two minutes of this sobbing - I hear Ayumi say in a very relaxed voice "Hello?"  I say "Ayumi?"  She says "Yes?  Who's this?"  I tell her it is Kitty.  And she tells me she must have "butt dialed" me and that she was not sobbing at all.  That it was just her phone in her pocket as she was moving around the kitchen.

You cannot imagine the flood of relief that went through my and Yumiko's bodies.  I truly felt I was taken to the brink and then back to life.  In those two minutes I realized how terribly terribly much I love my Ken.

Here's a little picture of the three of us taken for Christmas just about three weeks ago.  And the second picture taken at the same time is a recreation of one we took when Yumiko was just two.  We've all grown a little older and at least I have grown a little fatter.  And oh how I love that man and that wonderful girl.  We are all blessed. 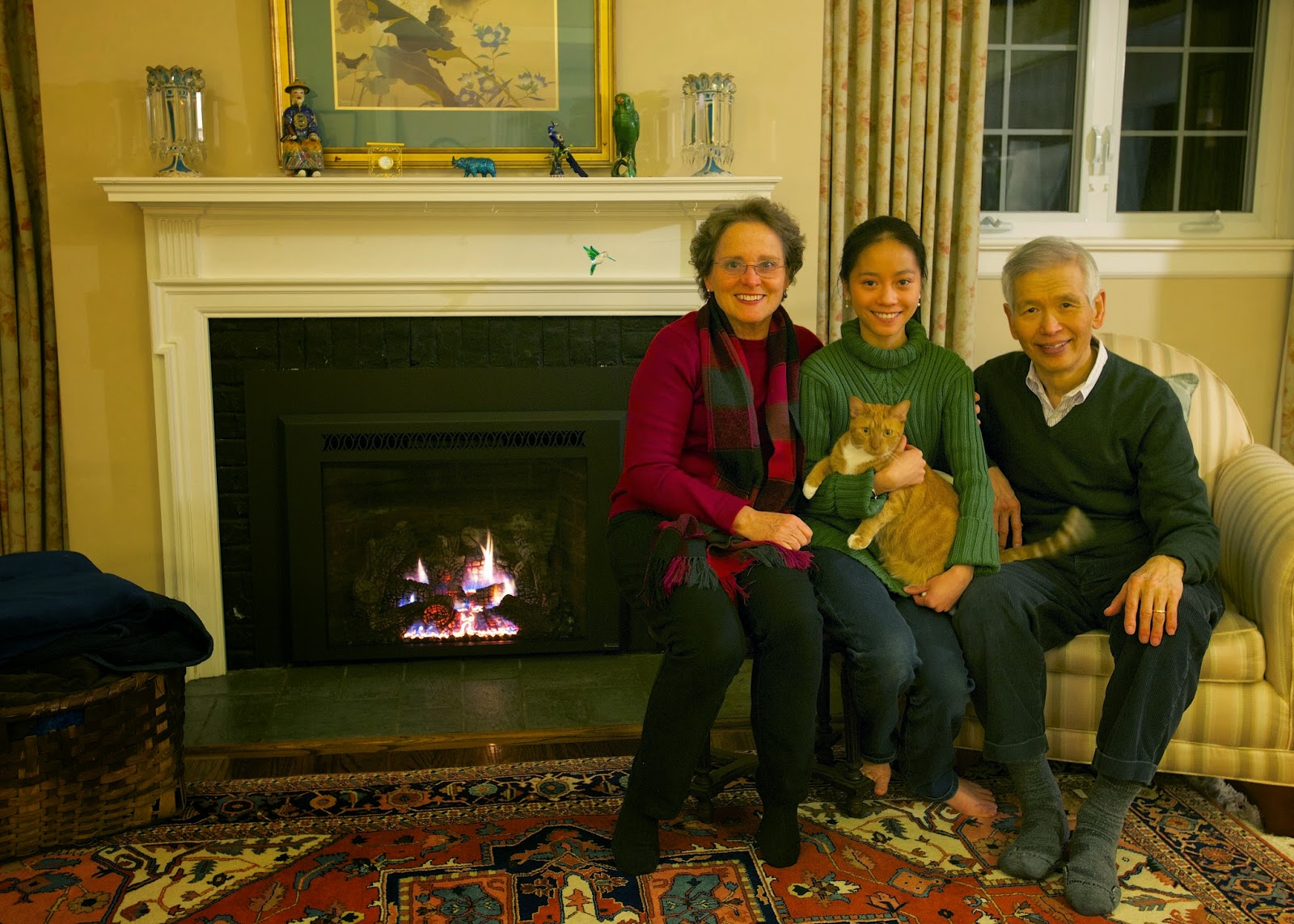 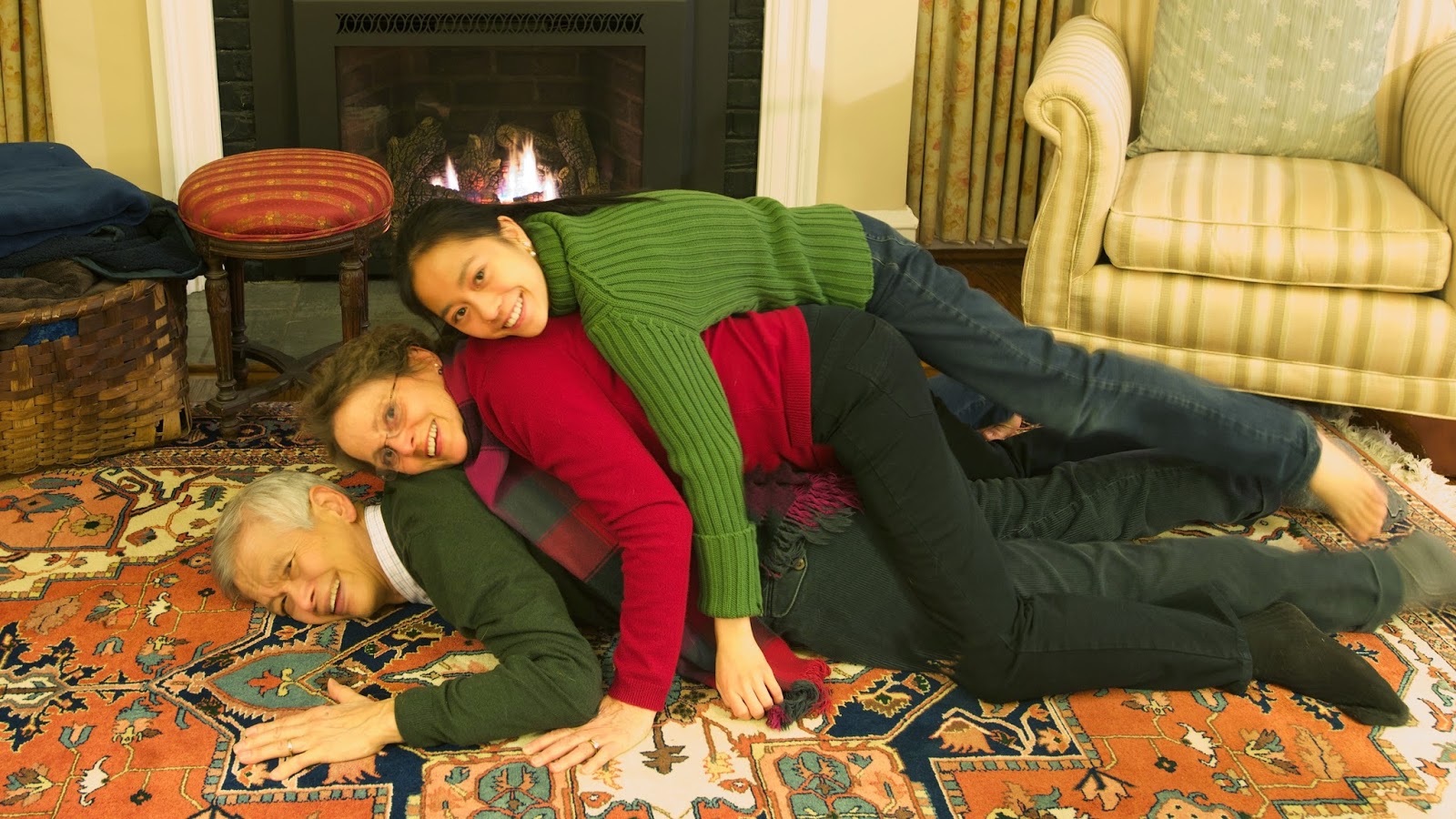 Posted by Kitty Riley Kono at 8:52 AM