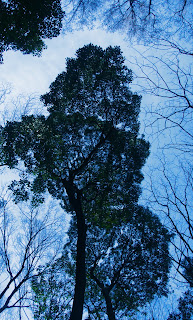 Today Ken and I went back to the father and son dentist team to have a second day of cleaning.  I am so hoping that the custom in Japan is to have a two day cleaning appointment.  The first day is for the bottom teeth and the second for the top.  Either that, or Ken and I both really needed to have our teeth cleaned and they couldn't do it all in one day.  Again, I had the father dentist who didn't say a word.  But I did notice that he had very expressive and bushy eyebrows.  I watched them go up and down and bunch together as he was cleaning my upper teeth.  They very much looked like he disapproved of how much plaque there was to remove.  But other than his eyebrows, he was very quiet.
Ken, on the other hand, had the son dentist with long, rather oily hair.  He never stopped talking.  This time Ken said he talked about everything including just how he should brush his teeth and do a better job of flossing.  Ken was not thrilled but took it all in stride.  Oh, I am so glad I had the father.
On the photo front, I again walked with Yumiko to her school and scooted over to Arisugowa Park.  As I was walking I looked up at a tall beautiful tree and at the very top it had a large branch that was growing horizontally rather than vertically.  I took a picture of it and then rotated the picture in my computer so it looks like a fully formed tree standing straight up.  I think it is kind of a neat effect.  Check it out.  What do you think?
Posted by Kitty Riley Kono at 6:05 AM